Are you interested in learning how to play roulette? It's understandable if a mere glance at a roulette wheel or table is enough for you to feel more than a little intimidated. However, the basics are quite simple to learn and understand with some practice. Let us show you how! We've also got a great list of some of the best roulette casinos online. 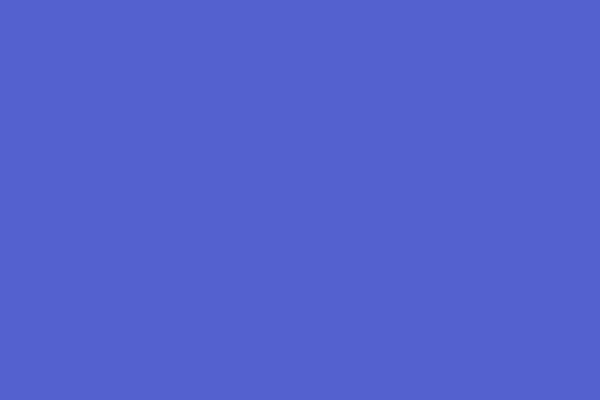 First, did you know  'roulette' comes from the French word for 'small wheel' but is sometimes called 'The Devil's Game?' Although the nickname sounds sinister, the explanation is simply that all the numbers on the wheel add up to 666.

Roulette is a house-banked game played against the house rather than against other players. The online version is a solitary game enjoyed against the computer. However, land-based casino roulette, live dealer and auto roulette are enjoyed alongside other gamblers.

Casino roulette for fun or real money is a staple at the best online casinos. Finding the best roulette casinos can be challenging. Therefore, we've compiled our list of the top sites with an accompanying casino review.

*Bonuses are tied to T&Cs. Bonuses can change any time.

As with other classic table games like baccarat and blackjack, this wheel game is available in different types. The most common of these are French, European, and American roulette. Differences between these wheel types may seem minor and insignificant to novices. However, the truth is that they do impact the gameplay.

European roulette is often the most common type found at online roulette casinos - at least outside of the United States. A European wheel consists of 37 individually numbered and coloured pockets, including 18 red, 18 black and a single green (0) pocket.

The most significant difference between French Roulette and its French and American counterparts is two rules affecting even money bets. Even money bets, including red or black, odd or uneven, and high or low, have a 1:1 payout.

La Partage is French for 'The Divide.' When the ball falls into the green zero pocket, a bettor receives half their stake back.

En Prison is French for 'In Prison.' In this rule, a ball landing in the green zero pocket does not result in an automatic loss. Instead, a player's stake remains on the table (locked up) for another spin and is returned if they win.

Both rules favour the player and lower the house edge to just 1.35%, explaining why the French version may be less common at land-based and mobile online casinos.

The difference between an American and a European roulette wheel is the addition of a (00) green pocket for 38 total pockets in the latter. This extra pocket reduces the game RTP and increases the house edge.

In fact, at the start of the 19th century, land-based casinos in the United States were reluctant to add the European versions as they considered the house edge too low. The solution was to create an American wheel with an extra pocket, effectively lowering the theoretical percentage payout (RTP). Even today, American wheels remain the most widespread of all the wheel types in the United States.

European and American roulette cloth table layouts are usually identical, except for the addition of the 00 position in the latter.

Payouts in this wheel game depend on the probability of winning. Probability is a mathematical determination of the likelihood of an event occurring. Examples of events include landing on a specific number or colour.

The wheel game's primary objective is to correctly predict where the ball falls by placing your chip wager on the corresponding table position. Most standard tables divide betting options into outside and inside positions. However, French roulette and some European roulette games also accept call bets (also called French bets).

The 12 outside bets are the simplest and provide the best probability of winning but the lowest payouts.

Colour Bet (1:1 Payout):
A wager on a red or black number with the chip placed on the corresponding labelled position.

Even or Odd Bet (1:1 Payout):
A wager on an even or odd number with the chip placed on the corresponding labelled position.

(High) First Half Bet or (Low) Second Half Bet (1:1 Payout):
A wager on low first-half numbers (1-18) or high second-half numbers (19-36). Place the chip in the corresponding labelled position.

Inside bets are a little more complex and lower the probability of winning but have higher payouts.

Straight Up Bet / Single Bet (35:1 Payout):
A wager on an individual number by placing a chip on the corresponding table position (e.g., 19)

Call (French) bets are one or more combined inside bets on a number series. The series is based on numbers as they appear on the wheel rather than the table.

Making a call bet involves placing a chip directly in the appropriate position on the roulette racetrack.

Numbers and Neighbours (35:1 Payout):
A call bet on five numbers. A player chooses a first number followed by two more to the left and right.

Finale Cheval/Plein (Split 17:1 Payout / Straight 35:1 Payout):
A call bet that involves a Split Bet and all straight numbers that end with those same two numbers. Straight Bets are placed on non-adjacent numbers observing the same pattern.

How to make a Roulette bet

Once you've chosen a casino roulette game, you're ready to start. If you are a beginner, we recommend starting by playing roulette for fun. You can get a feel for the game and decide when and if you are ready to play online roulette for real money.

A standard online wheel game displays chips with different values, representing different bet sizes. The range of chip values can substantially differ. It depends on whether you're playing with low table limits or roulette with high table limits.

Many gamblers have, for centuries, attempted to devise roulette strategies, usually on even money bets (1:1 payout) to beat the house. Betting systems are classified as negative or positive progression.

Due to the random nature of this game and the house edge, no roulette strategy can consistently beat the house. However, some roulette gamblers believe a strategy can deliver long-term success.

The Martingale system is one of the most widely used strategies applied on (1:1) even money bets. As a negative progression system, it calls for a player to double the next stake after a loss while returning to the original stake after a win. We recommend beginning with a low starting bet amount.

Advantages of a Roulette Martingale System

Disadvantages of a Roulette Martingale System

D'Alembert system is a negative progression system like the Martingale but less risky since a player isn't doubling up on a loss. Instead, the system uses a number series to determine the bet amount after winning or losing.

Advantages of a Roulette D'Alembert System

Disadvantages of a Roulette D'Alembert System

The Labouchère system is an even money strategy that needs a little more work because it involves a series of numbers. Unless you have a great memory and can do math quickly in your head, you'll need to write them down.

A player should carefully choose the starting series. For example, let's begin with the number series 1-2-3-4 and a bet value of $1. The max profit is the sum of the series x bet value: $10. Each bet is equal to the sum of the first and last numbers multiplied by the bet value, which in this case is $1x(1+4)=$5.

If you're down to one number in the series, you bet that number x the bet value. If you happen to win on that bet, the sequence begins again. i.e., 1-2-3-4. Note that a sequence does not need to be sequential. Infact it should total the amount of money you want to win. Therefore, you could also start with 1-3-2-1-3.

See our Labouchère Roulette strategy example next with an opening 1-2-3-4 number series and a $1 opening bet.

Advantages of a Roulette Labouchère System

Disadvantages of a Roulette Labouchère System

We first saw the Tier et Tout system introduced in the mid-1800s by Spanish player Thomas Garcia. This interesting strategy showed initial promise in his first two visits to the Homburg Casino by winning hundreds of thousands of Francs. Unfortunately, on his third visit to the casino, he lost all the money he had – and some he borrowed too!

Still, some roulette gamblers today use Tier et Tout to manage their bankroll, although it's not as common as some others. The theory behind the system is straightforward. In practice, some math is involved requiring a pen and paper.

See our Tier et Tout strategy example next with a starting amount of $6.

*Rounded down from $8 to $6, divisible by three.
**Difference between amount and rounded the down number of $2 considered Profit.

Players must increase their bet by two units after a loss and decrease it to the original bet after winning.

Advantages of a Roulette Hollandish System

Disadvantages of a Roulette Hollandish System

How to win at Roulette

Roulette is a game of chance, so you cannot influence the outcome (i.e., where the ball falls). However, you can improve your chances over the long run by taking specific actions.

First, you can avoid American roulette tables because of the lower odds and higher house edge. Go for the game with the lowest house edge and avoid bonus games that raise the house edge.

While even money bets have the lowest payouts, they also have the highest odds compared to straight bets, which are the polar opposite. Although no roulette betting system can beat the house edge, some players find it helpful as a cash management tool. Remember always to set limits and gamble responsibly.

No strategy works 100% of the time because the house always has an edge. However, some players have their favourite system that they believe helps manage their bankroll for long-run success. We recommend trying a few and deciding what you feel the most comfortable with.

This online table game from reputable providers is very safe because random number generators (RNGs) determine the outcome of spins. The RNG is tested and certified by third-party companies to ensure it's fair and hasn't been tampered with to make players lose. We recommend some great safe and trustworthy online casinos that offer the game online.

Usually, an online casino allows players to play free online roulette. Although some require you to register a player account and log in first, this is unnecessary at most casinos. We recommend players always try the game in demo mode before playing for real money. It's good practice without any risk.

Call bets, also known as French bets, are only available in French and some European versions.

Roulette is sometimes called 'The Devil's Game' because the total of all numbers on the wheel is 666. Although the wheel game's nickname may sound sinister, the reason is more innocent.

Even money roulette stakes have payouts of 1:1, including red-black, high-low and odd-even. If you wager €10 and win, you get your €10 stake back plus €10.