€150,000 in Prizes at the Pragmatic Play Network Promotion The Edge of Space at Guts Casino

This week, we have a fantastic new promotion that we'd like to tell you about. Guts online casino is offering the Pragmatic Play Network promotion The Edge of Space, where players can participate in three separate tournaments, each with a prize pool of €30,000 and a main prize VIP trip valued at €10,000. At the end of the three tournaments there will also be a main prize giveaway, where the best player of all tournaments will win the top prize with a trip to the US with a weightless space experience valued at €30,000. 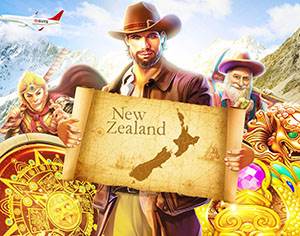 Slot tournaments with €30K prize pools and a VIP trip

To participate you'll need to opt-in to the tournaments on the Guts website. The promotion is split into three tournaments. Each tournament has a prize pool of €30,000 cash, which is distributed to the best 1000 players on the leaderboards at the end of the tournament period. The main prize of every tournament is a special VIP trip valued at €10,000.

The tournaments run for one week every month, one in September, October and December. They are for select slots, as mentioned in the respective promotional terms, and the games have to be played with a minimum spin value of €0,50. The leaderboard position is determined by the highest single spin win, adjusted to bet value, which means that it's not important how much you stake in a spin, but how the ratio of bet to win is. This means that this promotion gives a fair chance to every player, no matter how much their budget to play with is.

The top prize at the end of the tournaments

What makes this casino promotion really special is the main prize, which is worth €30,000. The name Edge of Space refers to a trip where the winner and a guest can experience a zero-gravity flight at the edge of space, a truly unforgettable experience. But this isn't everything, the prize also includes flights from a destination in Asia or Europe, 7 nights in a 5* hotel, breakfast, a dinner in a Michelin-star restaurant, a helicopter ride, a GoPro camera to capture your adventure, merchandise, and many more.

The winner of the main prize will be the player with the highest combined score of all three previous leaderboards.

Promotional terms apply. You can find them on the website of Guts. This is an opt-in promotion. If you win a trip and don't want it you can also exchange it for the equivalent cash prize.

Participate in the Guts Adventure Tournaments!